Skip to content
Home Decor, Making a House a Home

I love incorporating nature into my decor, especially greenery. Greenery doesn’t have to mean traditional houseplants either. I love to use moss.

Here is an example of moss art I created for my outdoor space. You can see how I made it in the post on my blog. I made it for my secret garden. Even though it is outside, I consider it an extension of my home and tried to make it as much of a room as possible, including adding art.

I also do similar things inside my home. Preserved moss is easily found at craft stores and is inexpensive. I have two tutorials for you today!

I did a search for moss online and found many gorgeous pictures. I saw several photos people had taken out in nature where the moss looked like it had grown in the shape of a heart. Maybe it is because Valentine’s Day is fast approaching, but those images stuck out to me and I knew it would be an easy and fun project. I already had moss on hand (I have a whole box!) so I grabbed it, my glue gun, and some scissors. I live with 4 little boys so I always have rocks lying around. I picked a round one.

There was a wood stump on my craft cabinet from a tablescape I staged a bit ago. It gave me the idea for my second project.

I literally completed this in less than 10 minutes. It was probably the easiest project I have ever done, and I love how it looks on my office shelves!

The next project is very similar, and it kind of goes along with the Valentine theme. Although I think it would be fun to have displayed all year. I cut out my initial and my husband’s initial out of moss along with a plus sign.

Then I used the glue gun again to glue it directly to the wood.

I propped it up in the side and displayed it with a photo of us.

Here are some other examples of what you can do with moss. I covered a frame in moss. Really, if you have a glue gun, you can cover anything in moss. Frames, animal figurines, and baskets, just to name a few.

Pottery Barn made giant letters covered in moss a popular project. You can buy wood letters at a craft store or cut your own out with a jigsaw. Hang it on a door or put it on a shelf.

All you need is a pot, a stick, and some styrofoam balls to make a topiary! I added a little plaster of paris to the bottom of the pot to keep the stick in place.

Preserved moss can’t die so that is a plus if you don’t have a good history with keeping houseplants alive. It adds texture and greenery to any space. However, preserved moss can fade over time, so read my post about how to freshen up your moss to keep it looking its best.

Do you like the look of moss? Is a moss art project something you would consider doing? Let Homes.com know! 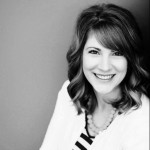 Inexpensive Alternatives to Furnish Your Home

Upgrade Your Space with This DIY Mirror Organizer!

Bring Out the Bold With This Cruella-Inspired Home Decor!

Five Ways to Get Your Money Back From Bad Contractors

7 Things You Should Know Before You Power Wash Anything